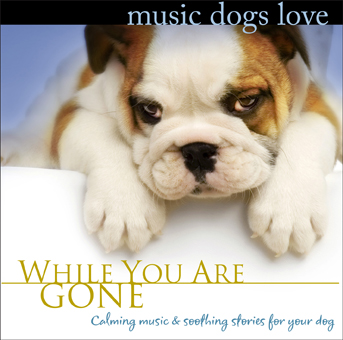 Recording in his home studio, composer Bradley Joseph is often alone with his pets.  The dogs and cats aren’t the passive audience one might suspect, however.  Depending on the song, Joseph’s four-legged friends perk their ears, maneuver to sit on his lap or get up and leave the room.  A few years ago he started to pay close attention.

“They listened all the time and I started to realize they reacted differently to (different) songs,” he said.”I noticed a change in their behavior.”

Fast forward a couple years and Joseph has recorded a full slate of pet CDs, which have proved popular with individuals of several species.  Pets are just the latest audience for Joseph.  Joseph started playing piano when he was eight.  After focusing on classical, Joseph turned to jazz and pop and eventually landed a spot as touring keyboardist for Yanni.  He also has toured extensively with 1980s pop favorite Sheena Easton.  But for the past few years he’s been focusing on his own relaxing piano compositions.  He records under his own label now and has more than a dozen CDs to his credit, he said. 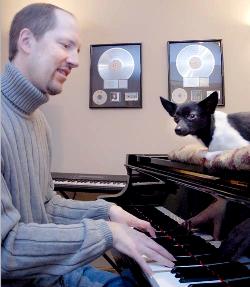 It wasn’t until fairly recently he came to believe animals and humans have similar reactions to music.  He began experimenting with his own pooches to find the sounds that get the most pet responses.  The result of that effort is relaxing music tinged with nature sound effects like bird chirps.  A human voice is also included, providing pet listeners with short tales of adventurous cats and dogs.  The purpose of the CDs are to keep pets busy when their owners are gone.

“They don’t feel alone, it keeps them occupied.” Joseph said.  The concept has found a niche among loving pet owners who feel guilty about leaving their furry or feathered friends home alone while they’re at work.  The music also helps keep pets that are left alone from chewing or clawing furniture, Joseph said.  An all-purpose pet CD, as well as ones specifically designed for dogs, cats or birds have sold well, Joseph said.  Each differs slightly to cater to the animals more specifically.  For example, the dog offerings have periodic high-pitched dog whistles included to keep a dogs attention.